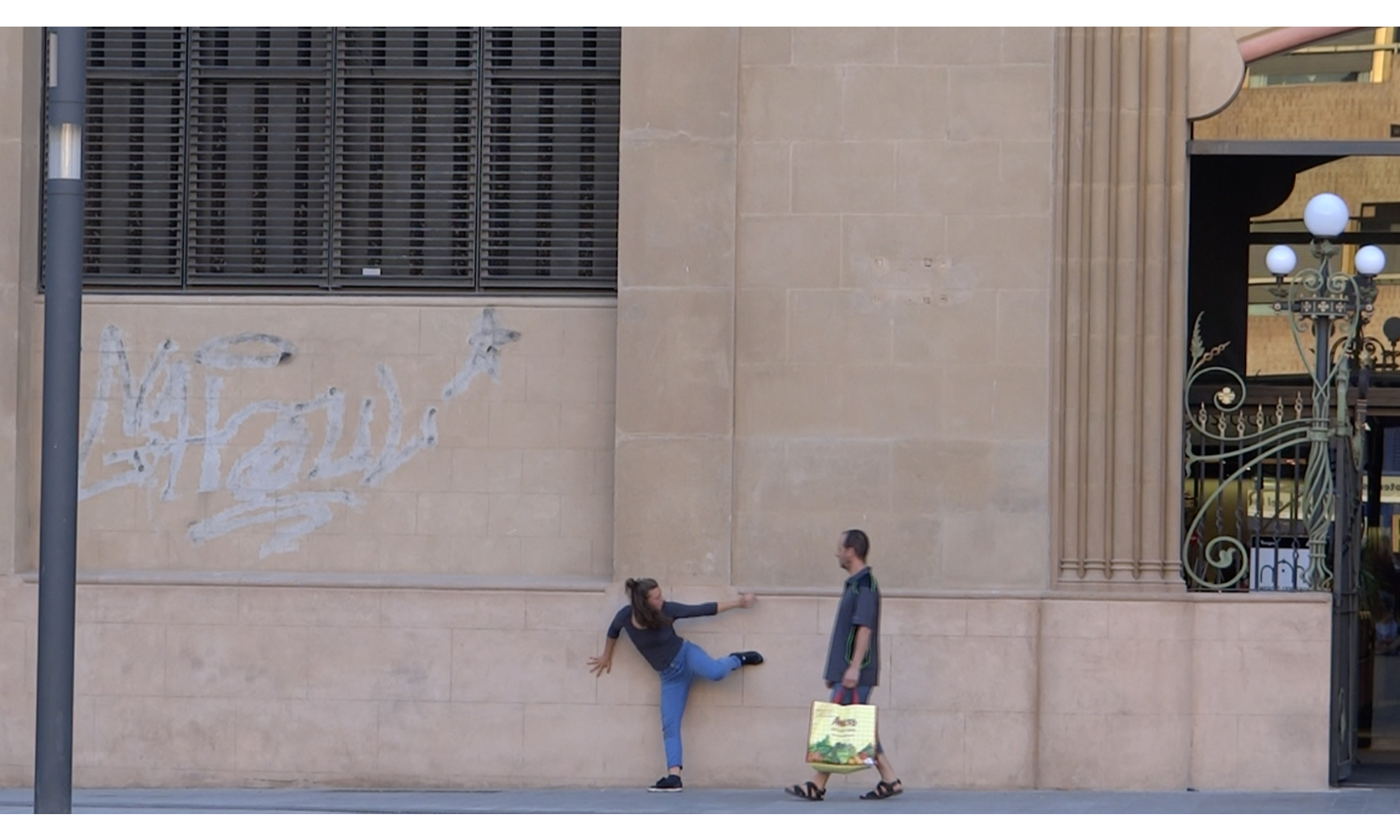 On July 14th, the performance SHAPERS was presented on the Plaça Corsini, in Tarragona as part of the JOCS MEDITERRANIS – TARRAGONA 2018 cultural program, organized by Produccion Trans-Forma and its artistic director Maria Gonzales.

SHAPERS – a performance in adaptation, reinvention, questioned, constantly renewed. Questions for dance, cities, spaces, but especially for others, the group, the community. 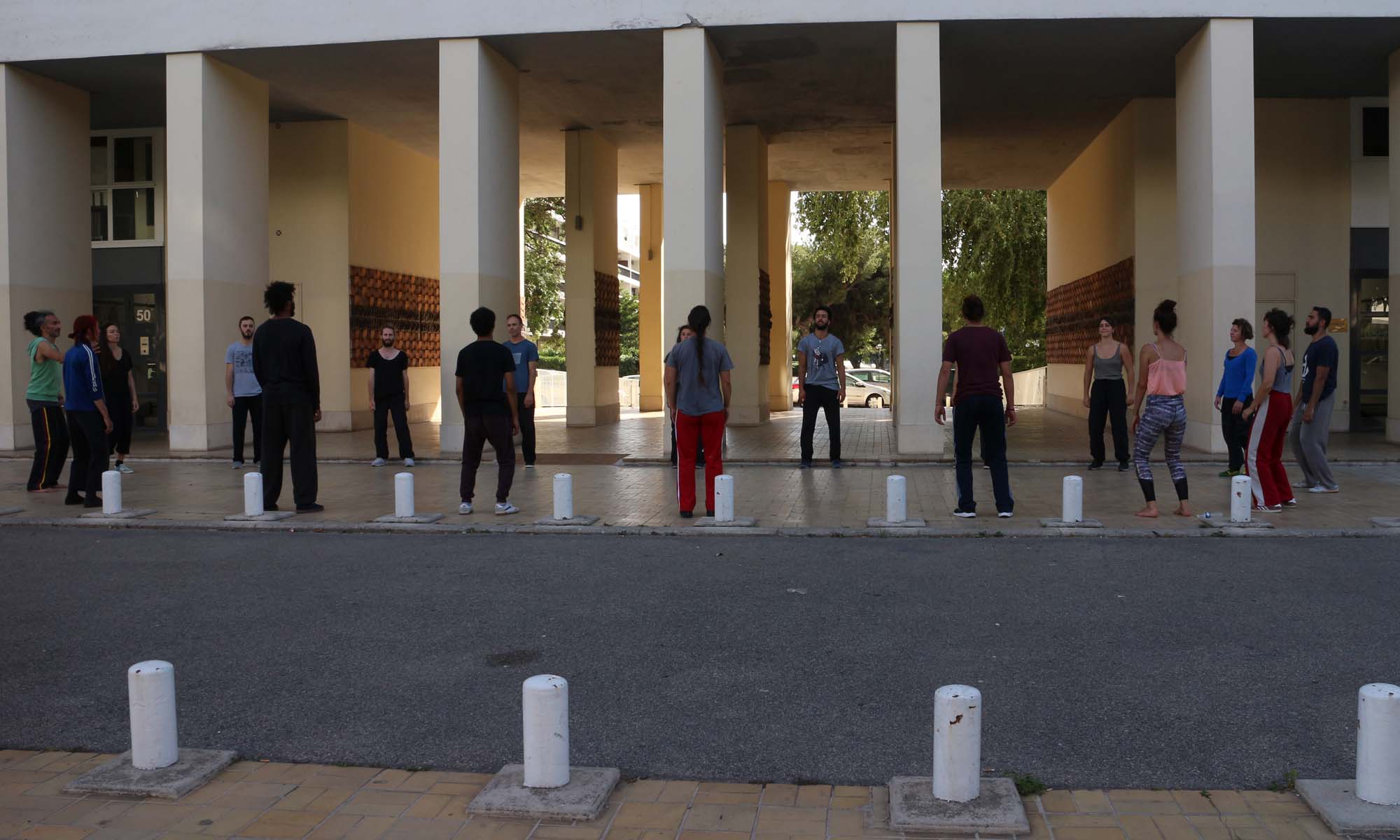 Since the beginning of the project in 2016, the young dancers participating in the SHAPERS project have had the opportunity to meet various choreographers to discover new aesthetics and deepen their choreographic vocabulary. Open to all other dancers (either professional or in the midst of becoming professional), these masterclasses were also an opportunity for the project participants to meet other dancers from the region.

Within this context, for the last of the project’s series of four masterclasses, Ex Nihilo invited Ali Salmi, dancer, choreographer, and artistic director of the Osmosis Company, to share his approach and relationship to public space. 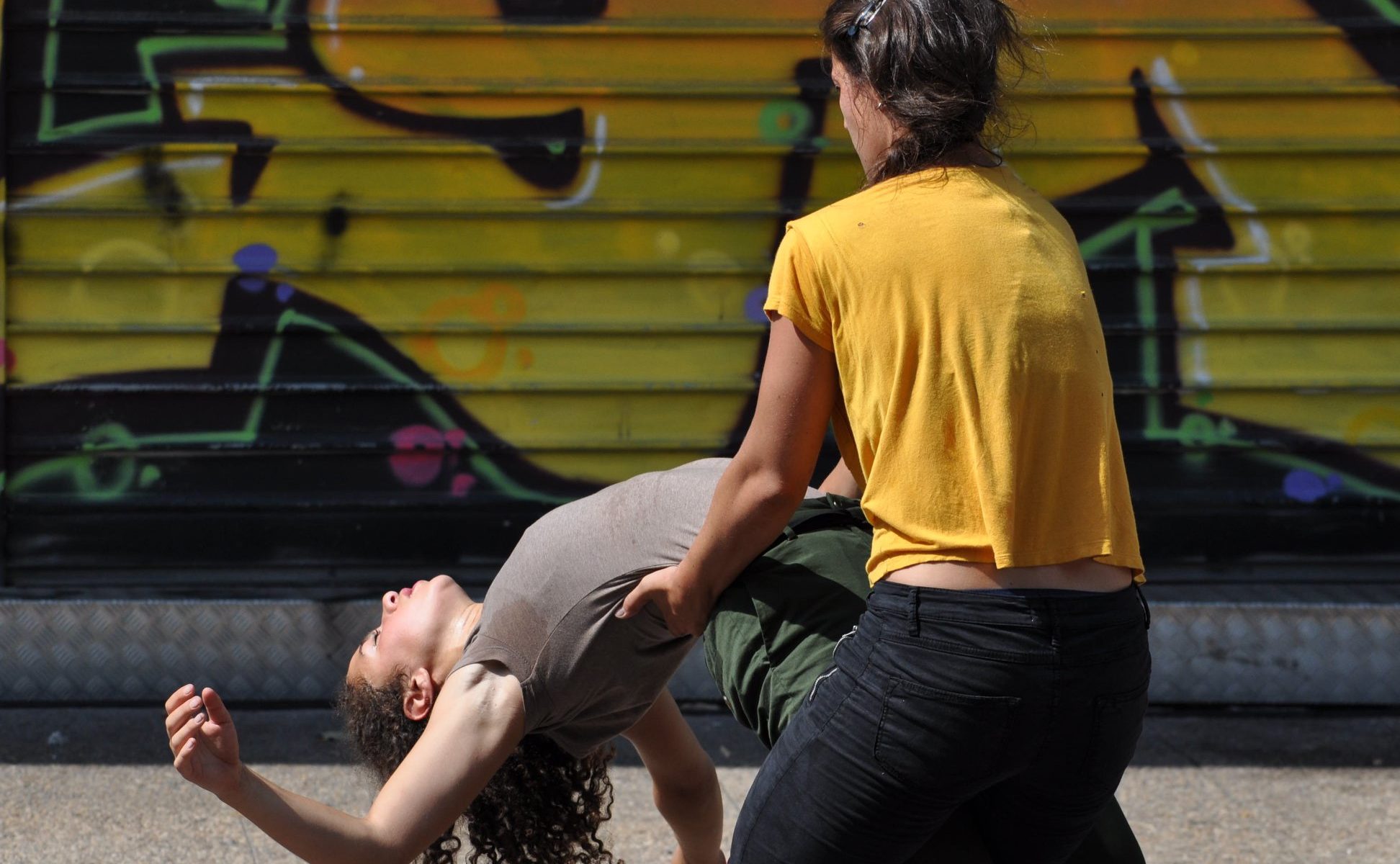 In front of the Centre Bourse, in the Belsunce neighborhood

This performance of SHAPERS was within the project’s ‘Focus in Marseilles’, organized by the company Ex Nihilo, from June 23rd to July 1st, including two conferences, the performance, and a masterclass.

Presented as a part of the Dimanches de la Canebière, in partnership with Lieux Publics – a national center for creation in public space, and the Festival de Marseille, SHAPERS was performed in Marseilles on June 24th.

The Dimanches de la Canebière are a cultural event organized by the Mairie of the 1st & 7th arrondissements.

Parallel to this performance, two conferences were organized within the ‘FESTIVAL OF IDEAS : MAKING THE CITY TOGETHER #2’ in the 23rd edition of the Festival de Marseille : Artistic practices in public space in the Mediterranean on June 23rd, and Artistic practices co-created with urban stakeholders on July 1st, at the Théâtre des Bernardines. The masterclass with the choreographer Ali Salmi took place at the Cité des Arts de la rue and at the Ballet National de Marseille from June 29th to July 1st.

Ex Nihilo [Marseille, France] is a contemporary dance company, directed by Anne Le Batard and Jean-Antoine Bigot, founded on a common aim: to make public space a favoured space for creation and performance, placing encounters with a particular context and the people using an environment, such as inhabitants, an audience, and passers-by, at the centre of their artistic approach. www.exnihilodanse.fr 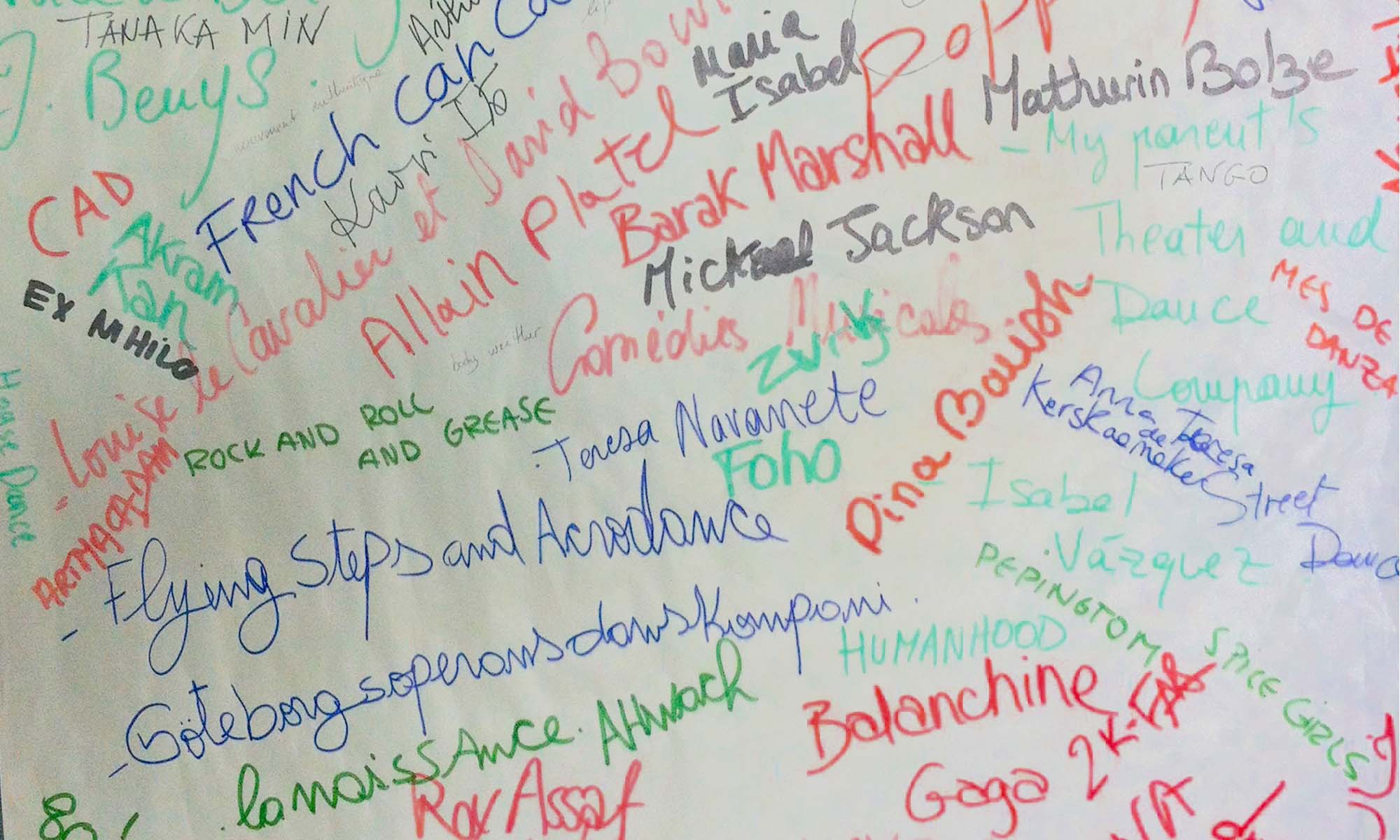 The SHAPERS dancers and partners from Ex Nihilo and Momkin – espaces de possibles attended a presentation about the history of artistic urban interventions by Alix de Morant, a performing arts researcher and university lecturer specialized in artistic nomadism and in-situ art in public space. This was followed by a workshop to map their dance and art references onto a personal cartography.

This presentation and workshop took place in Marseilles, at the Cité des Arts de la Rue.

Some of her publications include: 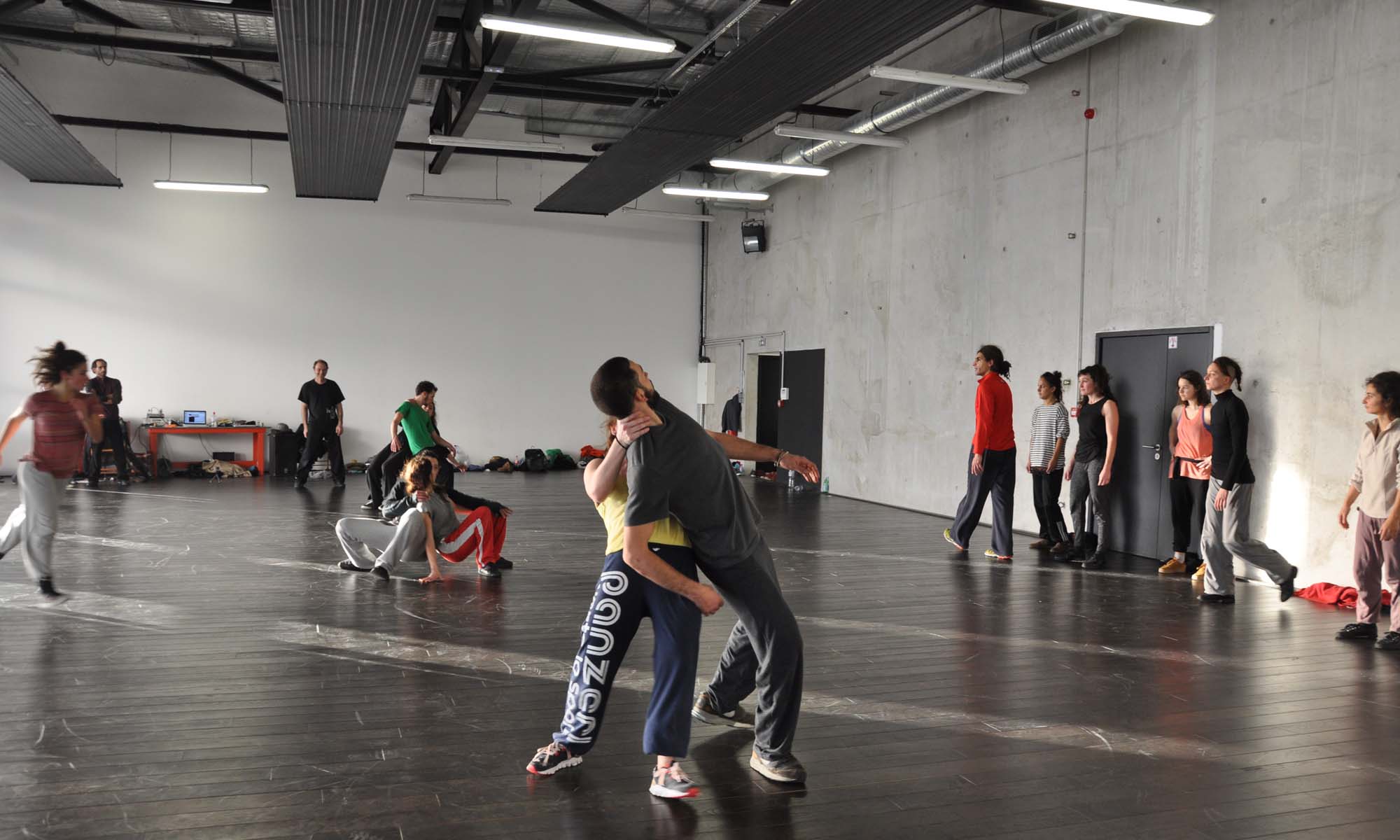 A workshop and audition with Anne Le Batard, Jean-Antoine Bigot, Corinne Pontana and Rolando Rocha from the dance company Ex Nihilo was held at the Cité des arts de la rue in Marseilles, France from January 17th to 18th 2017.

This phase was followed by an artistic residency for the creation of the choreographic piece at the Cité des arts de la rue, with all of the 8 participating dancers.

Following the audition, two French dancers were selected for the training program and the creation of the choreographic piece, SHAPERS:

Ex Nihilo [Marseilles, France] is a contemporary dance company, directed by Anne Le Batard and Jean-Antoine Bigot, founded on a common aim: to make public space a favoured space for creation and performance, placing encounters with a particular context and the people using an environment, such as inhabitants, an audience, and passers-by, at the centre of their artistic approach. www.exnihilodanse.fr