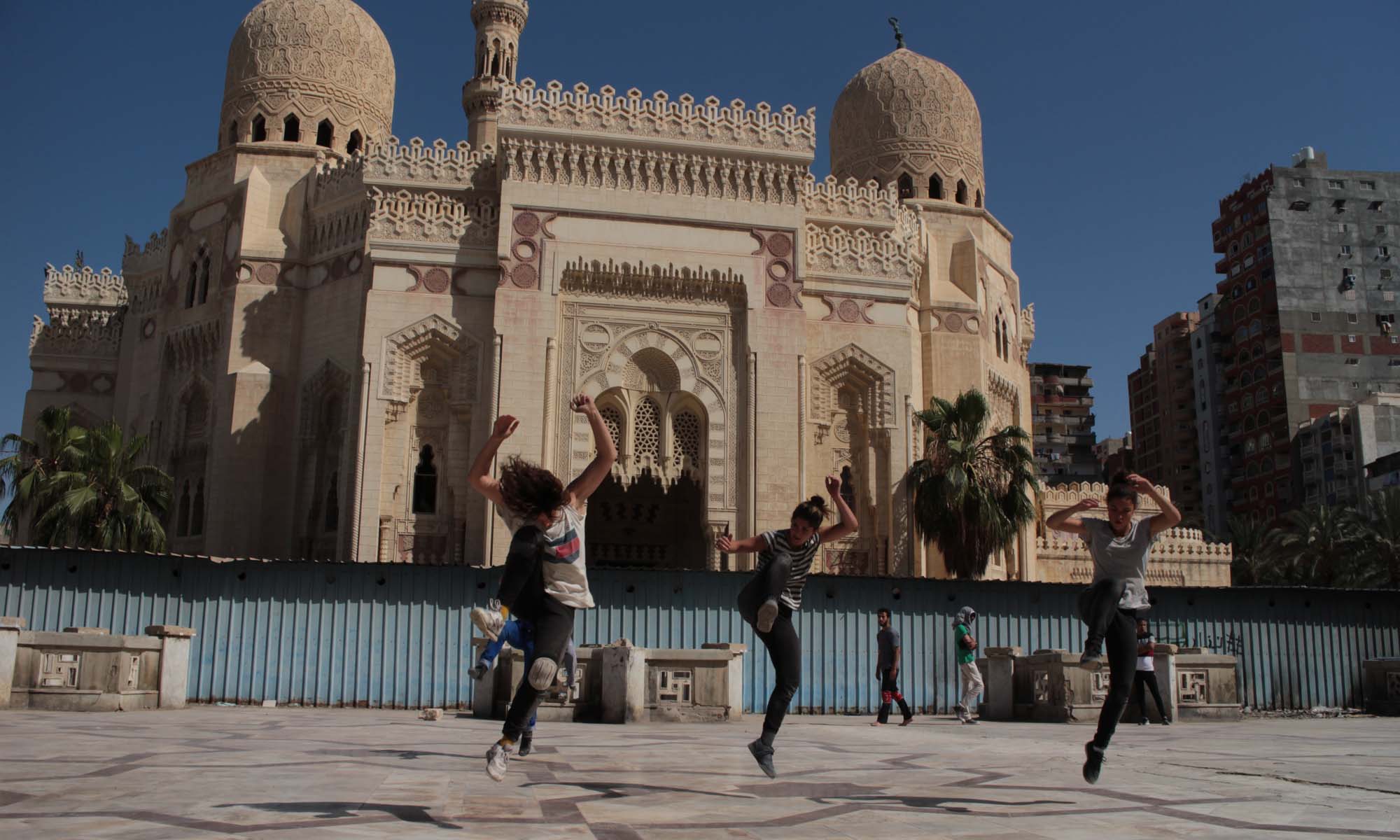 Following an artistic residency from April 27th to May 5th, in Alexandria, Egypt, the premiere of SHAPERS took place on the esplanade of the Mosque Abu al-Abbas al Mursi during the 7th edition of the Nassim el Raqs festival/laboratory for in situ creation on May 9th, 2017.

The Abu al-Abbas al Mursi Mosque in Alexandria hosts the tomb of Alexandrine Sufi saint of the same name. After having travelled from Al-Andalus to Morocco, he settled in Alexandria, where he died.

Last May, young dancers trained through the SHAPERS project, Ex Nihilo dance company and the Nassim el-Raqs Festival, had the immense honor of being hosted by the Mosque compound to work on the performance. This experience brought to light important stakes raised by contemporary dance in public and unusual spaces in the euro-med zone today. It demonstrated how certain security and contextual issues, no matter how many constraints they can impose on the development of public space creation, can sometimes be overcome by mobilizing local and international teams, through tight cohesion and forceful ground occupation.

Thank to the support of: CCFD Terres Solidaires, B’saria for Art, The Tourism department of the Alexandrian Governorate, The Swedish Institute, The Spain Embassy in Cairo, Ex Nihilo through The French Institute / the Provence-Alpes-Côte-d’Azur Region

Momkin – espaces de possibles [Marseille, France] aims at initiating and accompanying artistic and cultural projects within cities and territories across the Mediterranean region, by creating, producing, and performing artistic works, as well as through the development of cultural and intercultural projects, of training programmes and awareness building campaigns. Since 2011, Momkin has carried out the Nassim el Raqs festival, featuring artistic initiatives linked to the city of Alexandria.