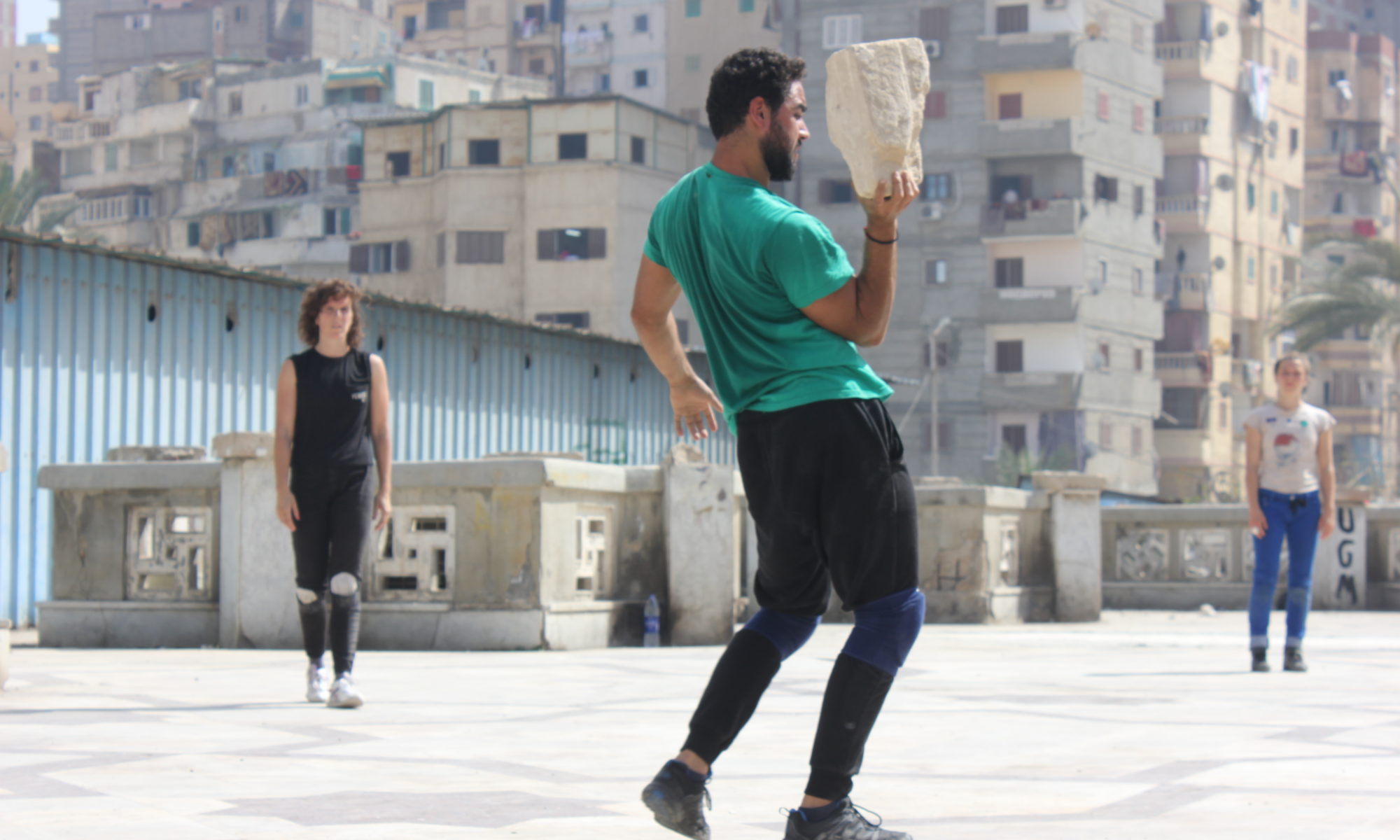 Dance in Egypt has both a privileged and complicated situation. Egyptian society has an ambivalent relationship to dance, whether it is folk dance, ‘oriental’ or ‘balady’ dance, classical ballet or contemporary dance. The society as a whole is familiar with folk dance, and is generally proud of this legacy, whereas ‘balady’ dance suffers from a rather negative image, because of its connection to night practices and cabaret, which put into question its respectability, for a part of the population. Even if it is controversial today, this legacy remains very present in the collective imagination.

Western dance, or classical ballet, has a special position in Egypt. Introduced in the 1960s by the political power, it was seen as the official art, in the same way as the folk dance. Today, the Cairo Opera House has a permanent ballet company, with a school.

The presence of contemporary dance is much more recent, and goes back to the mid-1990s. It was introduced through events organized by foreign cultural centers present in Cairo and Alexandria, such as the French Institute, the Goethe Institute, the British Council, and also through the American University of Cairo. The Cairo Opera also has a permanent ‘modern’ dance company, which offers aesthetic pieces astride between American modern dance and jazz.

Since the late 1990s, a new independent scene of choreographers began to emerge, following workshops offered by cultural centers, which confronted Egyptian artists, especially from the theater, with aesthetics still unknown locally. Today, the contemporary dance scene is mainly the result of the training offered by the Cairo Contemporary Dance Center,  under the direction of Karima Mansour since 2012. Two annual artistic events, the D-CAF festival in Cairo since 2012 and the Nassim el Raqs Festival in Alexandria since 2011, also offer this new emerging scene spaces for the dissemination of their creations.

Creating in public space in Egypt

It would be difficult to provide a general definition of the situation of public space in Egypt. I can only refer to my experience as co-director of the Nassim el Raqs festival between 2011 and 2015, and rely on personal observations that I have made during the eleven years spent in the country, from 2005 to 2016.

I have seen, at least in the city of Alexandria, that public space is saturated and requires permanent negotiation from artists and cultural operators accompanying the projects.

Regularly used for family events, weddings, funerals, as well as for occasions such as store openings, or spontaneously by traders and coffee vendors, public space becomes an extension of private space whose delimitation is sometimes tenuous.

On the other hand, the use of public space for artistic creations takes on a dimension considered more political, which can easily make the services in charge of the public domain cringe. The question often asked is ‘why?’, And at times it may be difficult to justify the artistic nature of the works presented to authorities concerned with the political nature of an artistic act in the public domain.

Access to public space is complicated by long and uncertain authorization requests, involving different levels of government and security services. A long process of mediation and pedagogy is necessary vis-à-vis the authorities. This long-term work, however, has borne fruit in the case of Nassim el Raqs, who managed, in  few years, to establish a relationship of trust with the authorities, based on the quality of artistic proposals, consistency, and the longevity of the project. The motivations of Egyptian artists who create in public space in Egypt, at least in view of the artists we have been able to accompany, are multiple:

public space is seen as both an alternative to the lack of venues (such places are lacking in Egypt), as a meeting place between audiences distanced from the cultural offer and choreographic works that have little publicity, but also as a place of political advocacy, especially in the current climate of mistrust towards the authorities, which increasingly restrict the means and spaces of expression.

Such artistic incursions into public space do not date from the revolution, the process had already started before 2011, but the latter has amplified this  need to reclaim public space, even if we are recently witnessing the opposite phenomenon take place, for reasons related to growing security constraints.

Centre Rézodanse – Egypte [Alexandria, Egypt] combines in one location a space for training as well as a place where several artistic and cultural projects are developed and implemented. Founded in 2008, Rézodanse defends dance as a valuable and respectable art form deeply rooted in Egyptian heritage, as having a key role to play in education and contributing to the cultural diversity of Egyptian society. The centre organises training programmes and awareness building campaigns to support the local performing arts scene. www.rezodanseegypte.com