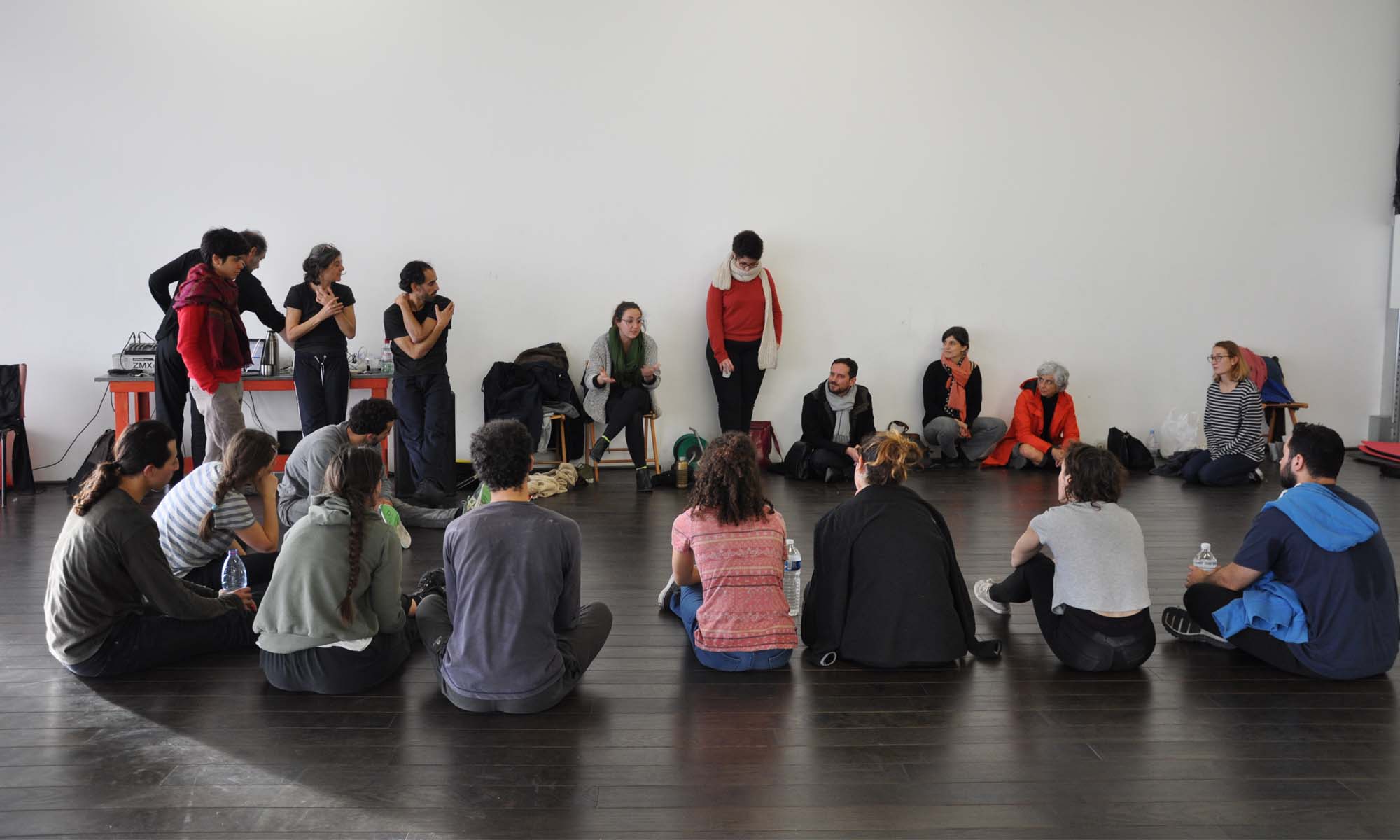 An early step of the project in Marseilles, this meeting was the opportunity for all of the partners to meet the selected dancers and to attend the first rehearsals.

The main topic of discussion in this meeting was the choice of sites for the performances and the constraints and difficulties faced by each partner according to their respective social and political contexts.

In situ creation requires taking into account the specificity of sites, their uses and inhabitants. It is important to explain to the authorities the necessity of this type of work. It is not a question of setting up a scene in the street but of working in immersion in the city in duration and in relation to the context.

This raised the question of the long and necessary authorization requests estimated in terms of security, public management, signposting in each country in a different manner.

Thus the question was raised concerning the following step in Morocco of the possibility of extending authorizations to work beforehand. As well as how and where to rehearse when the choice of site was the United Nations Square, in the heart of the city and life of Casablanca, a meeting point of all neighborhoods, all populations, making it difficult or impossible to use for more time than on the day of the show.

More broadly, the issue of the sites was addressed at the project level. How could the cities of Casablanca, Marseilles, Seville, Sarajevo and Alexandria answer each other, and dialogue through the choice of sites? What sense can be found between these 5 cities? For each of the 5 partners?

The decision was to construct a structure of a performance that would be adaptable to very different places in order to leave the choice of sites open to sites that make sense and to avoid choosing the same type of space in each city.

This would preserve and affirm the possibility of experimenting throughout the project and being reactive at each stage.

The diversity of sites is the strength of the project.

The question of the spaces makes sense during the tour and in the back and forth of the people involved in the project while maintaining an exigency in the choice of the sites. This allows to create a sort of collection of places.

What does this place represent? for the public? the inhabitants or users? in collective memory? Is it symbolic in the current context? How to connect with the public?