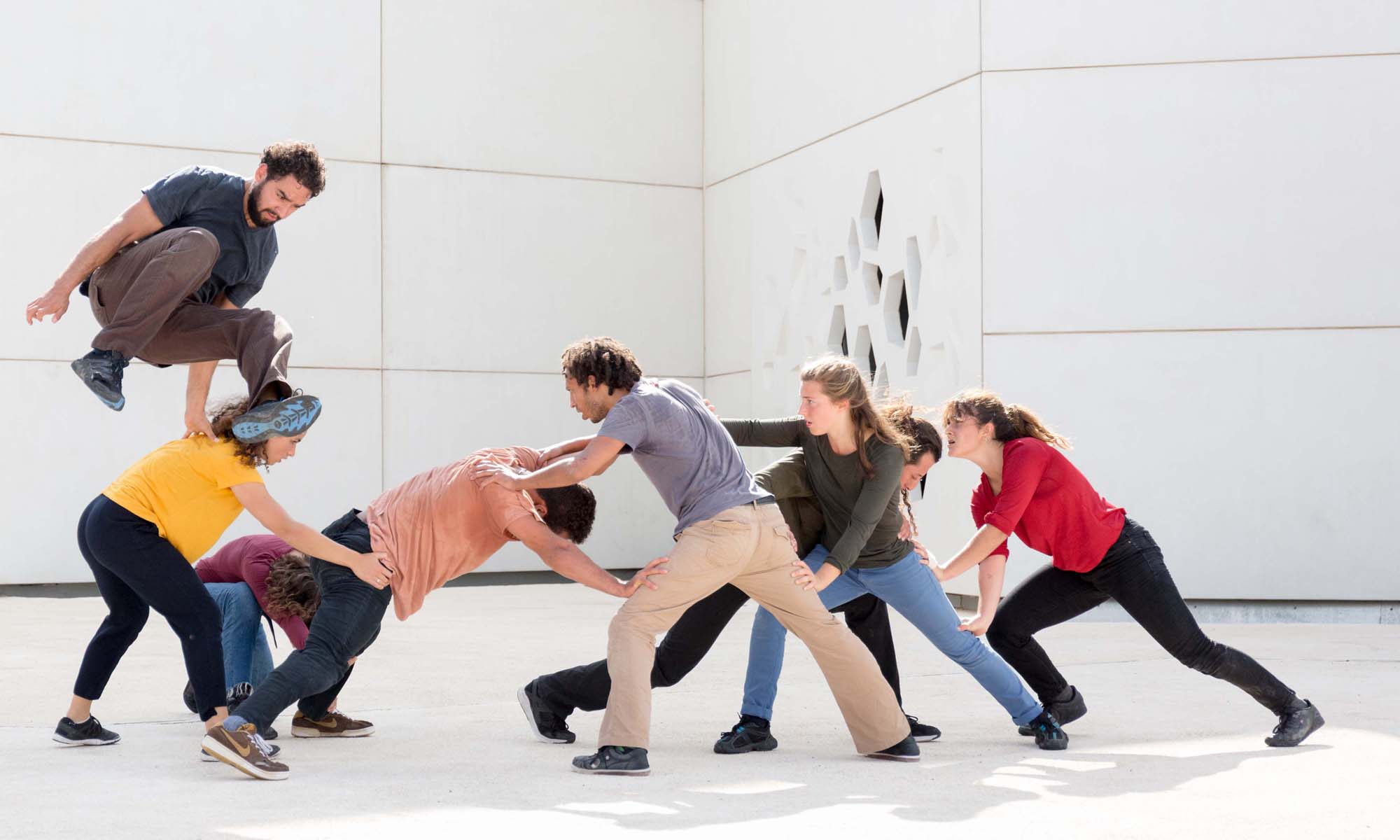 SHAPERS was presented in Sevilla and Córdoba on November 5th, 2017, as part of the 24th Edition of the MES DE DANZA Festival at C3A: Contemporary Creation Center of Andalusia, in partnership with the Casa Arabe (Córdoba).

Mes de Danza is an international festival of contemporary dance in Sevilla. Project partner and artistic director of the festival, Maria Gonzales chose to situate this performance in three very different places – at the Pavilion of the future at the historical Sevilla World Fair site, in the Sevilla penitentiary center, and in Cordoba, in front of the C3A: Contemporary Creation Center of Andalusia.

“The locations of each performance were radically different from each other, allowing the piece to explore different subjects and contours as well as to confront different audiences. In Seville, the performance was in the former site of the 1992 Seville World Expo, an abandoned place that came alive through SHAPERS. The other performance in Sevilla in the penitentiary center encountered a particular audience.

The third location, in Cordoba, radically in contrast with the ’92 Expo site, was a recently inaugurated space, the Andalusian Center of Contemporary Creation.

The choice of such divergent spaces highlighted the richness of this artistic project, offering the dancers challenges of different nature in each space.”